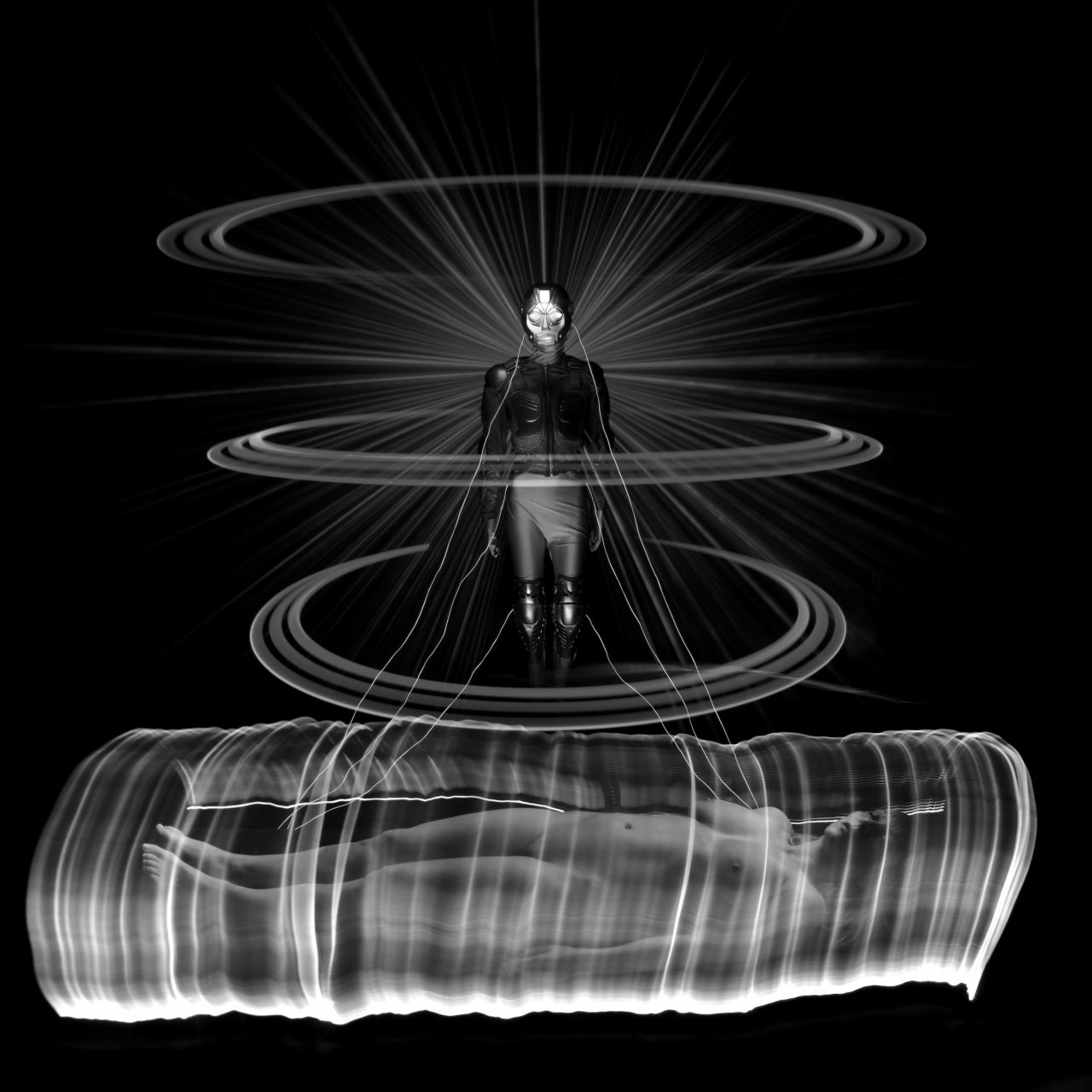 This image has been buzzing around in our heads for a very long time.

Fritz Lang’s film Metropolis is still one of the most impressive masterpieces of cinematic art. The effects, the imagery, the story, the ideas…. And when you consider that the film was made in 1927, without digital image editing, without LED technology and other newfangled stuff… Dozens of people edited every single frame by hand back then, and that at 30 frames per second.

You can see the film scene that inspired this picture here: Youtube

The picture was created in our Berlin Light Painting Studio. After many hours of brainstorming, building the right tools and electroids, setting up the scene and numerous test shots, we found a suitable date with our model.

Marla, Erik, our model and I met in the studio. After briefing everyone involved, we were ready to go. First we placed our model, the rest of the scene had already been set up for a few days. The next step was to “flash” the lady into the picture with a led torch. Then Erik and Marla painted the light tube. We then painted the light circles around our electroid and the light cables from the electroid to the model. After that I illuminated the electroide with a Led torch and as a last step I used a laser to bring the rays behind the electroide into the picture.

The exposure time for this light art photography was 440 seconds at f/8 and ISO 100. We shot the scene with a Samyang 14mm/f2.8 on our Nikon D750. The third attempt after a total of about 2 hours was satisfactory for us.

Since the film had to do without colour, we converted our colourful light painting into a monochrome image as a homage. But we are also happy to show the original shot.

I thank our suffering model; the temperature in the studio was not that far from the autumnal outside temperature. As with most people who have never been actively involved with light art and light painting before, their enthusiasm was great despite the effort.
I thank Marla and Erik for the perfect collaboration.

Good light all the time
Sven

What’s in your bag?